There is no denying that the craft beer market has exploded across the world. In fact, as of 2020, there are more than 8,000 breweries in the Unites States.

We are so lucky that Cape Cod is home to many great craft breweries and micro breweries. Here is a list of some of our favorites breweries that you can visit while staying at the Long Dell Inn:

Nestles alongside Lake Mashpee and the Mashpee River, Naukabout Brewery and Taproom offer craft beer lovers a unique location to sample one of their small-batch, hop forward beers brewed on premises.

Fun Fact: The term Naukabout came about some 30 years ago, when the co-founder’s father would come home from work, change out of his work-a-bouts and tell his sons to “change into their nauk-a-bouts” in order to :get outside and have some fun!” Since then, Naukabout has meant doing the things you love to do after doing the things you have to do.

Naukabout is located 8 miles from the Long Dell Inn.

This craft brewery opened in 2017 but their history of brewing beer goes way back in time and is a family affair. Peter, a co-owner, started home brewing 30 years ago and in 012 he won the Samuel Adams “Come Brew With Us” contest. Peter’s son became a Certified Brew Master and along with Ann, Peter’s wife, they opened Barnstable Brewing. This family-owned brewery provides high quality specialty craft beers. Come visit this taproom and expect to be treated as family!

Barnstable Brewery is located 2 miles from the Long Dell Inn.

“It’s all about the beer!” is the motto at Cape Cod’s largest brewery. Starting in 2004, Todd & Beth began “brewing the best beer possible, on Cape Cod, for the people who love Cape Cod.” And of course, they names their brewery Cape Cod Beer! There are a wide variety of beers on tap to chose from and tours of the brewery and beer tastings are available.

There is something going on at Cape Cod Beer almost every day and night. Their schedule is jammed packed with events ranging from live music to craft activities to line dancing to hula hoop fitness classes. There is also a Farmer’s Market at the brewery every Friday from Spring through the fall.

Cape Cod Beer has become a pillar of the community and they support lots of philanthropic endeavors. So stop by, grab one of their delicious brews and partake in one of their fun events – you’ll have a blast! 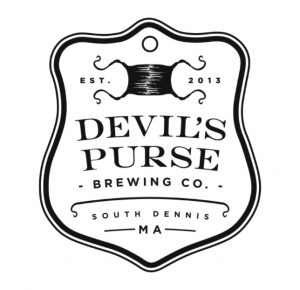 Devil’s Purse is a small craft brewery founded in 2013 and they are dedicates to the pursuit of making exceptional handcrafted beers. They specialize in brewing European inspired beers so stop by and sample some unique brews.

Devil’s Purse is located 15 miles from the Long Dell Inn.

Legend has it that Captain Kidd buried his treasure on the uninhabited island of Hog Island which overlooks Nauset Beach in Orleans. Although they haven’t found any hidden gold, the guys at Hog Island Beer Co. (Outermost Brewery)have discovered some great beer recipes. You should stop by and try one of their treasures on tap!

Hog Island is located 25 miles from the Long Dell Inn.

If you love craft beer, you can also stop by the Cape Cod Package Store, down the street from the Inn, and ask them about their secret stash of unique craft beers!

And if you are the adventurous type of craft beer drinker, you should visit Cape Cod during one of our fun festivals. The Cape Cod Food Truck & Craft Beer Festival is August 8, 2020 and features some of the are’s most popular food trucks dishing out fan favorites and enjoy sipping a wide variety of craft beers. On September 29, 2020, come join the celebration of American Craft Brewers and sample from over 60 breweries and over 200 styles of beer at the Annual Cape Cod Brew Fest.

So give us a call and we’ll help you plan your Cape Cod Craft Beer Adventure!

Everyone should Experience the Long Dell Inn

Looking for a home base for your awesome Cape Cod adventure?, the Long Dell Inn is the perfect place to stay.  Long Dell Inn is a historic sea captain’s house with a total of seven guestrooms all with private en-suite bathrooms.  Located in the quiet seaside village of Centerville – frequently called one of the prettiest village on Cape Cod – we are just minutes from a great beach, delicious dining, fabulous shopping, ferries to Martha’s Vineyard and Nantucket, and easy access to all your Cape Cod adventures.  Check out our accommodations and book your getaway today!  If you have questions, or prefer to book your getaway over the phone, give us a call at (508) 775-2750.

Do NOT follow this link or you will be banned from the site!
Translate »

Click here for our COVID-19 Safety Precautions and Information.

Click here to check out our specials page for current promotions and upcoming events and packages!